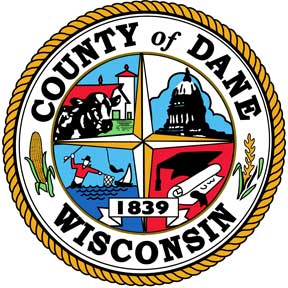 Dane County families going through the already challenging time of having a child in the juvenile justice system won’t be saddled with debt on top of it because of a new county policy.

Previously, fines and fees stacked up for youths as they moved through the civil or criminal justice system in the county. Families were charged when youths were placed in the Juvenile Detention Center, under an at-home detention program, in a program where social workers provided case management and supervision, and into the Shelter Home, a temporary living facility for youths who don’t need to be detained but need a place to stay.

But many families had outstanding debts, and fines from the other two programs had continued until a few weeks ago, when the Dane County Board canceled all of that existing debt and discontinued the collection of Shelter Home fees and social worker supervision program fees.

Wegleitner said 586 accounts, each associated with a juvenile, had $1.4 million in outstanding debt. Human Services director Shawn Tessmann said many families were thousands of dollars in debt with the county

Those debts have now been forgiven.

“It’s one less burden that we’re adding to them,” said Sup. Carousel Bayrd, 8th District, lead author of the resolution to eliminate the debt. “These families are already going through trauma. They’re already having their youth taken from them.”

Although the fines had a large impact on these families, driving down their credit scores and making it harder to move out of poverty, the fees brought in very little money for the county.

Bayrd said the budget impact of the resolution is “pretty negligible” because much of the debt was not actually collected, and the county had to pay staff to process paperwork, follow up with families and collect the fines.

“There’s a lot of work that goes into collecting not a lot of money,” Juvenile Court Administrator John Bauman said.

Wegleitner said the county collected only about $17,000 in fees from the two programs last year.

Bauman said parents were also burdened by the pages of paperwork that had to be completed to assess whether they should be charged a full fee or a partial fee. If the paperwork wasn’t completed — which happened frequently since families were going through a chaotic time navigating the justice system — they were assessed the full fee.

“For the amount of money that was coming in, it’s not worth the stress that the system was putting on families,” Bauman said.

In addition to those issues, the previous practices were also racially inequitable, said Wegleitner, who called the fee collection “racist” and “terrible policy.”

In 2019, 253 youths stayed in the Shelter Home. Of those, 58% were Black and 25% were white, according to the Dane County Juvenile Court annual report.

“More Black kids, more brown kids and their families are more likely to be ensnared in this system,” Wegleitner said.

Bayrd said she hopes her resolution is the first step in eliminating unnecessary fees for Dane County residents.

The move was one of the first changes to come out of a subcommittee Bayrd formed to take a comprehensive look at all of the fines the county collects and which ones could be reduced or discontinued. Another measure, also approved Dec. 17, eliminates fees for individuals who participate in deferred prosecution and first-offender programs

The Public Protection and Judiciary Committees Fines and Fees Subcommittee, which first met in September, will continue to meet throughout 2021. Bayrd said the goal is for the subcommittee to complete its work in time for the next county budget cycle in the fall.

“If there’s any role that we can play in Dane County in eliminating these costs, we need to be playing it,” Bayrd said. “We should not be paying for vital human services programs on the backs of the people that can least afford it.”