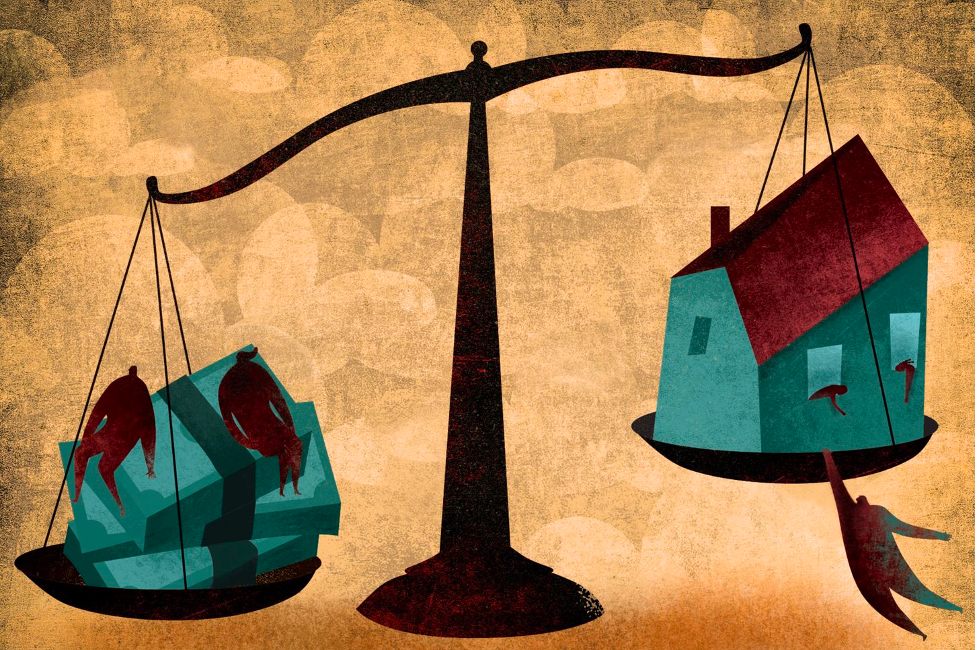 The Washington Post: You Can Lose Your Kids, Home and Freedom Without Ever Seeing a Lawyer

Opinion by the Editorial Board

You can lose your kids, home and freedom without ever seeing a lawyer. It’s a profound injustice.

It’s a given that criminal defendants in the United States are entitled to legal representation, free of charge if they cannot afford it — a right enshrined by the Supreme Court nearly six decades ago and then expanded to cover even minor cases in which incarceration is unlikely. Yet in courts across the country, poverty-stricken litigants in noncriminal cases routinely face life-shattering outcomes, including jail time, without ever seeing a lawyer or receiving basic legal advice.

Those cases include disputes in which the stakes could not be higher: forfeiture of parental rights; eviction or foreclosure; danger from abusive spouses and domestic partners; and, in guardianship cases, the loss of control over property, and even liberty. In child-support cases, defendants are routinely incarcerated, for days, weeks or months without recourse to legal assistance.

All of this is an offense to justice.

Most European countries have long-standing rules granting a right to counsel to litigants in property and monetary cases, as well as ones in which life and liberty hang in the balance. In England, Parliament acted more than 500 years ago to ensure that paupers would be provided lawyers when suing in King Henry VII’s courts; that right found its way into laws in some of the original 13 colonies.

In today’s United States, lawmakers and judges have carved out a hodgepodge, varying wildly from state to state and even by locality, under which certain at-risk individuals may qualify for court-appointed counsel in some types of civil matters. In most states, for instance, that’s the case when authorities seek to remove children permanently from their parents and send them to foster care, owing to alleged neglect or abuse. In a handful of big cities, other laws enacted in recent years grant a right to counsel to tenants facing eviction, an event that often triggers a cascade of other problems, such as homelessness.

Far more often, however, poor people unversed in the law are on their own when states have not specified a right to counsel and judges cannot or will not provide one. That produces appalling results across a range of legal disputes.

In roughly half the states, indigent birth parents may be, and frequently are, stripped of their right to rear or even see their own children in so-called private adoptions — usually initiated by relatives — with no right to a lawyer’s help. In domestic violence cases, survivors often have no legal help as they argue for protection. A study showed that more than 80 percent of survivors were granted protective orders in court when they had lawyers arguing their cases; those without lawyers were successful just a third of the time. Nearly 1 in 8 inmates in South Carolina’s jails ended up behind bars over failure to make child-support payments, and very few of them had the assistance of a lawyer in court.

Elderly people who lack representation in guardianship cases have become easy marks for predators. In Nevada, hundreds of them were bilked of their savings and deprived of their property by crooked state-approved guardians who worked their scams with impunity, knowing no lawyer was likely to confront them.

A scandal generating embarrassing headlines should not be the necessary precondition of advancing the cause of fairness and justice in the courts, but that has often been the case. After the guardianship racket in Nevada ran unchecked for years, until it finally exploded in damning media coverage, the state Supreme Court urged an overhaul of the system. That yielded a bill of rights for protected persons, enacted by the state legislature, which expanded the right to legal representation for individuals facing the prospect of a court-appointed guardian.

Eviction has rightly become a particular focus of attention during the pandemic, which has cost millions of Americans their jobs and put them in peril of losing the roofs over their heads. Moratoriums imposed by federal, state and local authorities have blocked some evictions, but far from all. Landlords, nearly always able to deploy lawyers to plead their cases in court, continue to enjoy overwhelming advantages.

Thirty million or more tenants may face the risk of eviction when the moratoriums are lifted, according to the Aspen Institute, and very few of them will have the means to hire lawyers to help them keep their homes. Yet the evidence is clear that when the playing field is more level — especially when both renters and landlords have lawyers — the magnitude of grief is diminished. In New York City, which in 2017 became the first major locality to grant low-income tenants in some neighborhoods the right to legal representation in eviction proceedings, the number of renters forced from their homes has dropped sharply.

Still, in many places, resistance remains entrenched to enacting a broader or more uniform right to counsel in civil cases. Most often, opponents cite the price of expanding access to legal assistance.

Cost is a legitimate concern; even in criminal cases, poor defendants often are represented with utter inadequacy. When the Supreme Court held in 1981 that when states terminate parental rights, they are not constitutionally obligated to appoint counsel for indigent birth parents, cost was a factor cited by the majority. Yet that same 5-to-4 decision acknowledged that most states did require that lawyers be provided to parents in such cases, and that doing so is good public policy. Cost is a concern, but it cannot be allowed to become an excuse.

Today, the battleground for expanding justice and protecting the poorest litigants is in state capitals and courts. Even as the Supreme Court has refused to step in, and even as federal funding has stagnated in recent decades for the Legal Services Corp., which helps a network of programs provide lawyers for penniless litigants, states have expanded their own spending. The beneficiaries have been hundreds of typically small organizations staffed by public-spirited lawyers — and their needy clients.

That’s the good news. The bad news — and there’s a lot of it— is that millions of Americans continue to find the odds stacked heavily against them in legal proceedings they are forced to navigate alone, confused by the rules and outmatched by state or private adversaries. In fact, it’s not just bad news. Too often, it’s a profound injustice.